Representing You Vigorously and Effectively in Contract Disputes

Representing You Vigorously and Effectively in Contract Disputes 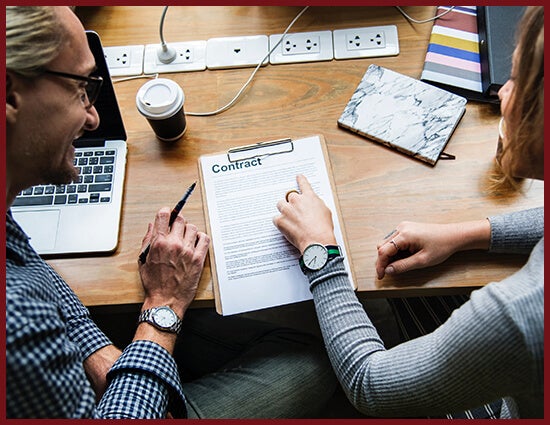 A contract formalizes an agreement between two or more parties, related to a particular subject. Contracts can cover a broad range of matters, including the sale of goods or real property, the terms of employment or of an independent contractor relationship, the settlement of a dispute, and ownership of intellectual property.

At Holland Law Group, PLLC we assist commercial and consumer clients with all aspects of contracts including drafting, execution, dispute resolution, settlement negotiation, modification, amendments, revision, and, if necessary, litigation and appeal. Our focus is to ensure to protect your rights throughout the creation and fulfillment of each contract. Please call today for a consultation with one of our contract attorneys today.

The Elements of a Contract – To be enforceable a contract must include the following elements:

A ``Meeting of the Minds`` (Mutual Consent)

The parties to the contract must have a mutual understanding of what the contract includes. For example, in a contract for the sale of a “mustang”, the buyer thinks he will obtain a car and the seller believes he is contracting to sell a horse, there is no meeting of the minds and the contract will likely be held to have never existed.

Please note that a counter-offer is not an acceptance, and will typically be treated as a rejection of the offer.

Mutual Consideration (The mutual exchange of something of value) 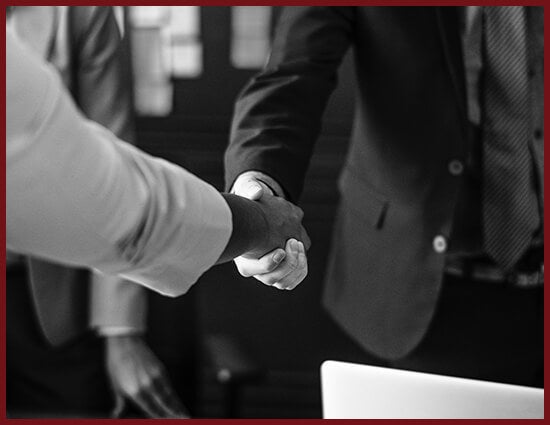 In most contracts the parties must exchange something of value. In the case of the sale of a piano, the buyer receives the piano and the seller receives money.

While the validity of consideration may be subject to attack as being “illusory” (e.g., one party receives only what the other party was already obligated to provide), or that there is a “failure of consideration” (e.g., the consideration received by one party is essentially worthless), these defenses will not let a party to a contract escape the consequences of bad negotiation. For example, if a seller enters into a contract to sell a piano for $100, and later gets an offer from somebody else for $1,000, the seller can't terminate the first contract because the piano was worth a lot more than he bargained to receive.

In a typical “breach of contract” action, the party alleging the breach will include that it performed all of its duties under the contract, whereas the other party failed to perform one or more of its duties or obligations.

It is implicit in all contracts that the parties will act in good faith. For example, if the seller of a “mustang” knows that the buyer thinks he is purchasing a car, but secretly intends to sell the buyer a horse, the seller is not acting in good faith and the contract will not be enforced.

To be enforceable, a contract cannot violate “public policy”. So, if the subject matter of a contract is illegal, you cannot enforce the contract. A contract for the sale of illegal substances, for example, violates public policy and is not enforceable by any party.

Please note that public policy can shift. Traditionally, some states refused to honor gambling debts incurred in other jurisdictions on public policy grounds. However, as more and more states have permitted gambling within their own borders, that policy has been abandoned and gambling debts from legal enterprises are now typically enforceable. (e.g. A “bookie” might not be able to enforce a debt arising from an illegal gambling enterprise, but a legally established casino will now typically be able to enforce its debt.) Similarly, it used to be legal to sell “switchblade kits” through the U.S. mail, but that practice is now illegal. Contracts for the interstate sale of such kits are no longer enforceable following that change in the law.

There is an old joke that “an oral contract isn't worth the paper it's written on”. That's a reference to the fact that it can be very difficult to prove that an oral contract exists, let alone what the terms are. Absent substantiating proof of the terms of the contract, a party may be unable to enforce the contract or may be forced to settle for less than the original bargain. Thus, even when there is no opportunity to draft a formal contract, it is good practice to always make some sort of record, signed by both parties, to memorialize the key terms of the agreement.

At the same time, under most circumstances, if the terms of an oral contract can be proved or are admitted to by the other party, an oral contract is every bit as enforceable as a written one. There are, however, “statute of fraud” laws which hold that some contracts cannot be enforced unless reduced to writing and signed by both parties.

Please note that, although sometimes an oral contract is referred to as a “verbal contract”, the term “oral” means “spoken” while the term “verbal” can also mean” in words”. Under that hyper-technical definition, all contracts are “verbal” which only confuses the issue. If you mean to refer to a contract that is not written, although most people will recognize what you mean by “verbal contract”, for maximum clarity it is helpful to refer to it as an “oral contract”.

A breach of contract occurs when a party fails or refuses to perform one or more conditions or covenants required by the contract. The attorneys at Holland Law Group, PLLC offer vigorous and competent representation from the minute you enter our office through the day your case is resolved. Call now to schedule a consultation.

Thank you for contacting us. We will get back to you shortly.

Please complete all required fields below.

At Holland Law Group, PLLC, our team of attorneys specializes in various legal services that our clients throughout Arizona can count on.